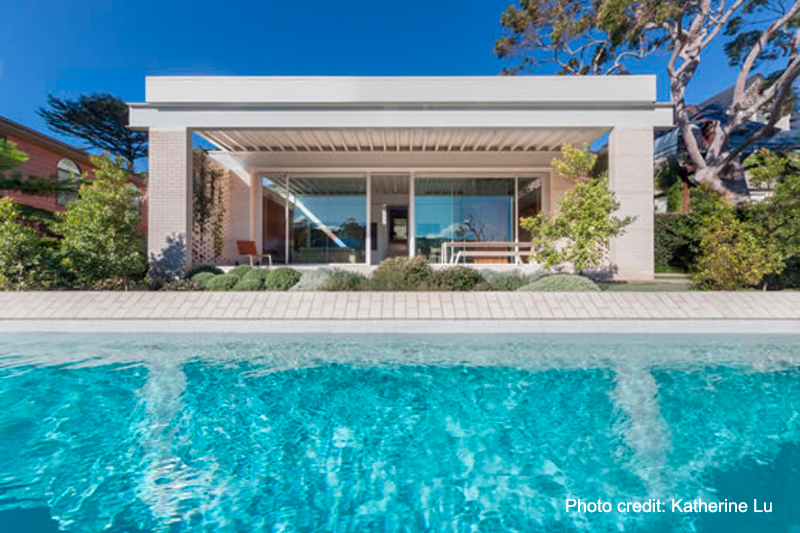 This application related to the construction of a new sole occupancy dwelling within an existing residential allotment. The site was found to adjoin Mckay Reserve to the west, which ultimately resulted in the proposed dwelling being with the Flame Zone.

There is a common misconception that an aesthetically pleasing dwelling cannot be designed and constructed if it is in the Flame Zone.

The architects (Chenchow Little Architects) for this project did not accept this notion and through extensive consultation with BCBHS were able to produce a design that not only satisfied the stringent requirements of Flame Zone but provided the owner an amazing home which has been recognised with an architectural award and numerous award commendations.

The significance of this project also led to extensive pre-lodgement consultation with the NSW RFS.

Ultimately the design of the proposal was balanced and well considered and the application received approval from the various consent authorities including the NSW RFS. This can be attributed to the dedication and expertise of the entire design team.